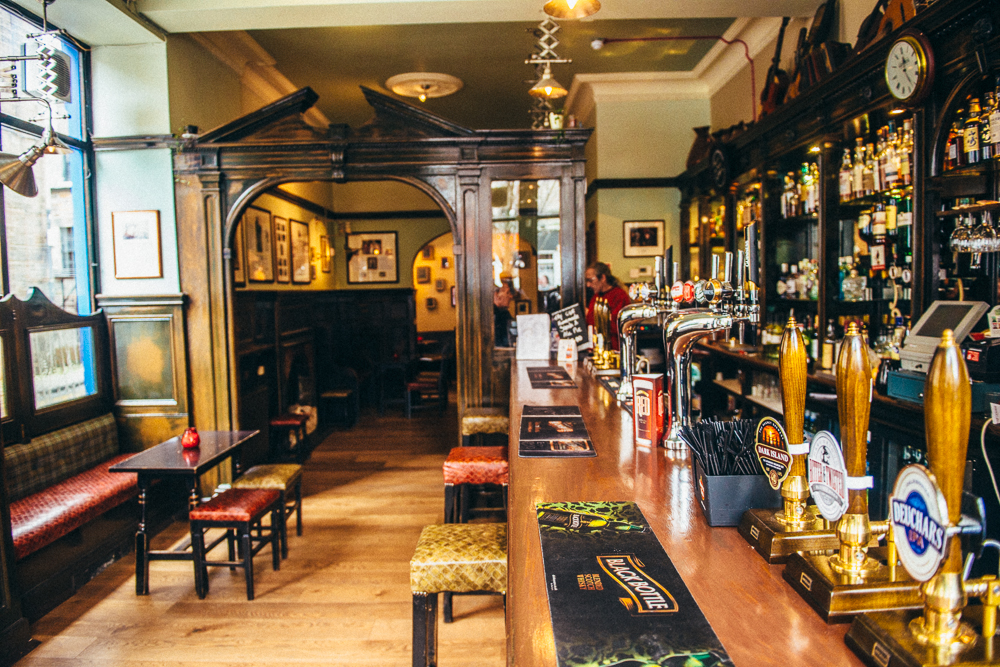 From Local Shop to Local Pub

Sandy Bell’s is a local pub, a world-famous meeting place for musicians, and an institution. Surprisingly – behind the high windows were once shelves full of groceries: the property began life as a local shop.

By the 1920s the property was owned by a Mrs Bell and although already a bar, was known as The Forrest Hill Buffet. Over time, it became known as “Sandy’s”, or “Bell’s” – and finally “Sandy Bell’s” – although this would not be seen on the sign outside for over half a century. The name “Bell’s” came from Mrs Bell and her family. Accounts differ about “Sandy”: Some say he was a barman – and perhaps he was known for enthusiastic ringing of the bell for last orders.

The Centre of the Folk Music Revival

By the mid –1960s the sign outside said Forrest Hill Bar but to those in the know it was still Sandy Bell’s. The pub was now run by Jimmy Cairney, a landlord who loved traditional and folk music. He is fondly remembered by those who made Sandy Bell’s what it was during its first great heyday. Bell’s was now the one of the main centres of the folk music revival in the UK – and was becoming known internationally. 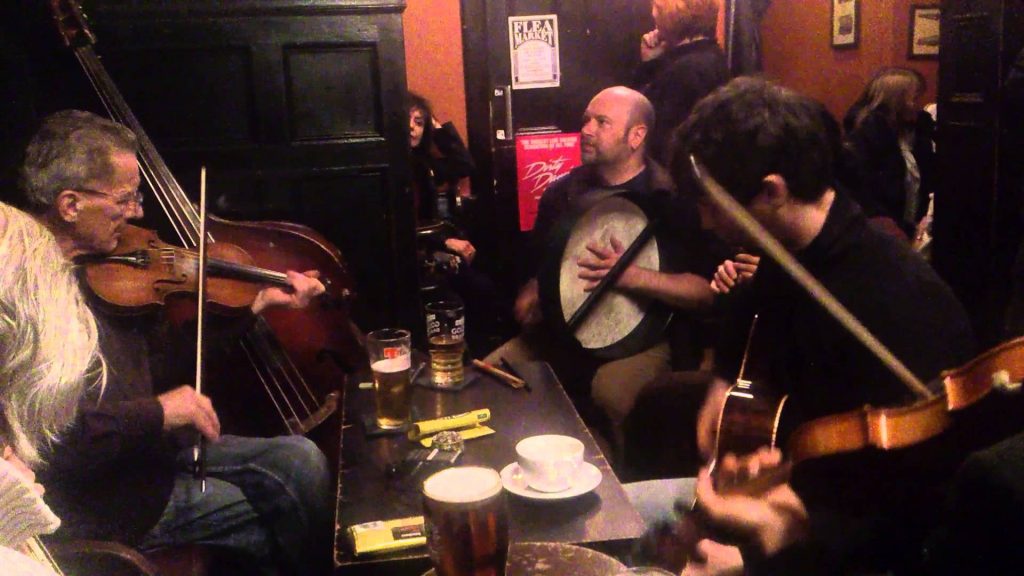 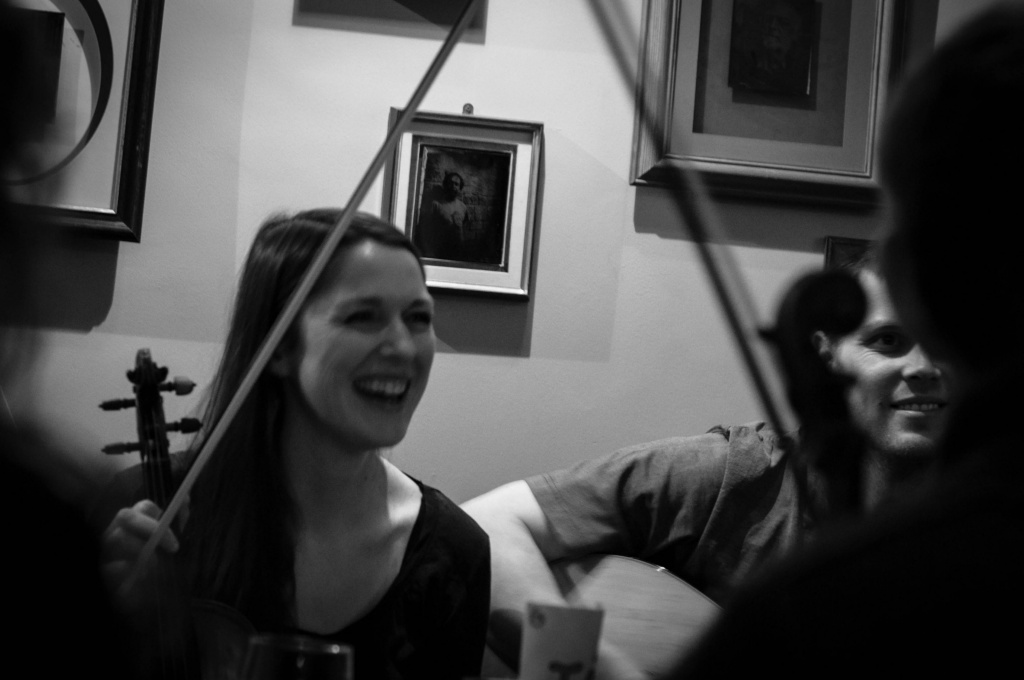 From Barbara Dickson to Billy Connolly

Because licensing laws prevented pubs from opening in the afternoon, lunchtime sessions would regularly move to a nearby “Bell’s Flat”, where the music would continue until the pub opened again in the evening.

After closing time, of course, the music would again move up again to what were known as “kitchen ceilidhs”. Hamish Henderson, poet, songwriter, collector of songs, co-founder of the School of Scottish Studies at Edinburgh University, sometimes known as “the father of the Scottish folk revival” held court here for many years.

As interest in folk music ebbed after the 1970s, other traditional music venues faded away. But the sessions at Sandy Bell’s continued – not always helped by the management. At some time in the 80s,
one landlord attempted to install a puggie or slot machine. It lasted one day: The regulars made it clear that “it goes or we go”. However, the stewardship of landlord Charlie Woolley in the 1990s was important in keeping the flame alive. By the early ’90s, the name was formally changed, and finally, the outside featured the popular name: Sandy Bell’s.

The current landlord, Steve Hannah has ensured that Sandy Bell’s is as vibrant as ever; a hub for folk and traditional music and a pilgrimage for visitors from all corners of the globe.

The emphasis is on Scottish and Irish traditional music – and a night at Bell’s can be a totally unpredictable musical adventure (see the sessions page for a clue about what you might hear…)  Edinburgh’s unique style of traditional music is often heard as well as traditional sounds from Ireland, the United Kingdom, and around the world. 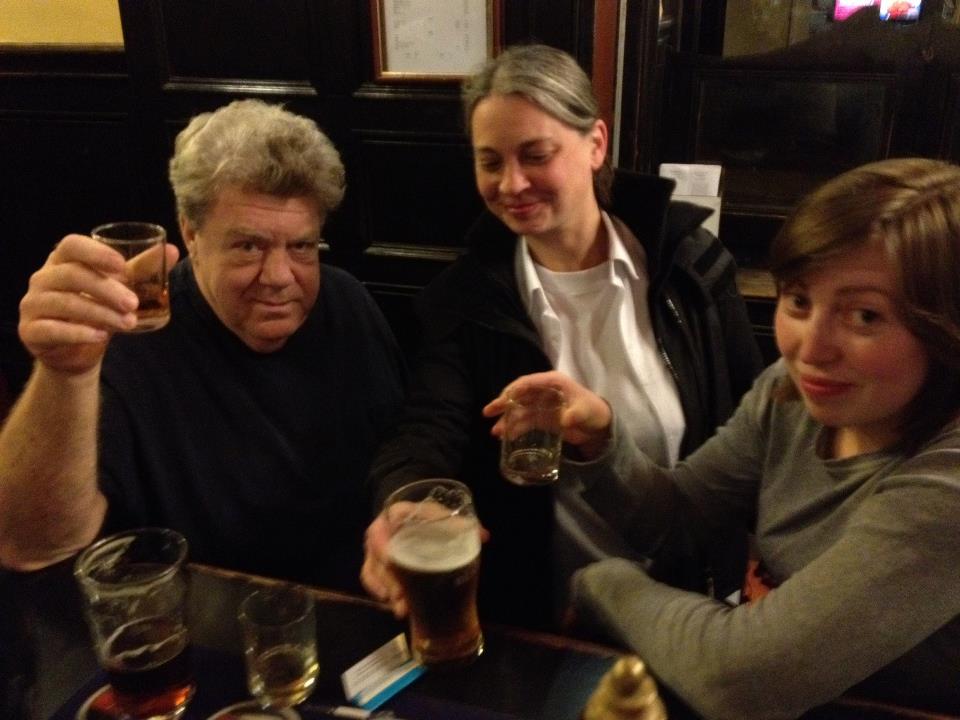